ForeverLawn > Podcast > 9. An Angel and a Bag of Cash–Make Space for Miracles

Many people sit around waiting for God to provide a miracle, but are you willing to put yourself in a place where miracles can happen?

By the end of today’s episode, you’ll realize the miracle of Dale’s continued marriage after the stunts he pulled on Lorie… but that’s not the only miracle we refer to in this episode.

This week, Dale and Brian share a miraculous encounter that became a  pivotal moment in their business.

As the brothers have hinted before, cash was not something they had an excess of. In fact, it was something quite hard to come by at this point in their journey. As they were gearing up for yet another work trip to Tucson, they realized the work trip would have to be canceled unless a decent amount of money showed up–and quick.

As their departure day crept closer and closer, it seemed like the odds were against them. They were hard workers, but they knew that sometimes even hard work wouldn’t cut it– But Dale and Brian refused to lose hope, and instead chose to leave space for miracles.

Listen in today to discover if Dale and Brian  made their Tucson trip a reality, and learn how you can make space for miracles–especially when all other options have been exhausted. 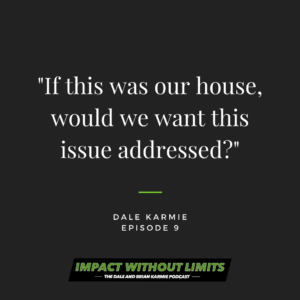 Listen on iTunes
Listen on Spotify

Connect With Us
Copyright © 2022 ForeverLawn®. All Rights Reserved. DuPont™ and the DuPont Oval Logo are trademarks or registered trademarks of affiliates of DuPont de Nemours, Inc. used under license by ForeverLawn®, Inc.
X